Being the 3rd largest in Cape Verde, the island of Boavista is about 620 km², 30 km in the north-south direction and 29 km wide, is almost round and mostly deserted, presenting a vast territory with breathtaking views, points of interest with tourist attractions, white and crystalline beaches, calm ocean, favorable climate and a quiet population living in a serene and peaceful way, away from the stress. In addition to the blue sky, fresh and clean air, tropical landscapes and paradisiacal beaches, the island has conditions for carrying out various sports activities (see the sports page), it also offers conditions for its exploration in organized and safe excursions or, if you want something less “radical”, choose one of the lush beaches, Beach Clubs or resorts on the island to be able to spend relaxing days.

Don’t settle for a pool or a cocktail if you come to a hotel. Boa Vista is for exploring, experiencing new flavors of local cuisine that is rich in fish and vegetables and dancing to the beat of good Cape Verdean music. While you marvel at the Cape Verdean reality, you can also meet incredible marine animals in their natural habitat (see page “Excursions”). If you want to spend time with the locals, you will discover the hospitality and kindness of Cape Verdeans and feel at home. Forget the rush, visit the portal that you will love the island.

There is always a first time

First time in Boa Vista? The Portal allows you to have an overview of what the island offers: beaches, entertainment or local sights. Explore the island on excursions, discover beaches like Santa Mónica and the caves of Varandinha, venture among the sand dunes of the Viana desert and relax in the Bay of Chaves. Let yourself be moved by a land where nature can be admired without disturbances! You can visit Sal-Rei, the island’s capital, get some souvenirs, do water sports or sunbathe in total relaxation. However, you may be tempted to rent a pickup and venture out on the island quietly and if necessary, you have access to the telephone network, practically everywhere, and if you use a local card, you will also have access to 4G!

Staying in Boavistahas never been easier! Choose from the various types of accommodation available in the gallery, relax in one of the resorts, which are ready to welcome you, offer you a pleasant holiday, or if you are looking for a more reserved solution and prefer the comfort of a home, there are several apartments and villas with sea views that you can rent. The more adventurous may also want to camp. The small temperature difference between day and night allows you to leave the house without needing large or heavy clothes. After a sunny day, it is normal to feel a little cold at night, but a light sweater or jacket solves the problem. On clear nights, you can see all the splendor of the Milky Way, falling into fairy tales expressing wishes under shooting stars and enjoying unforgettable sunrises and sunsets. For lovers of silence and for those who want peace, they will find each other. As well as for lovers of wild and untouched nature. On the portal, you can find all the information you need to select accommodation and what to do during the nights in Boavista.

The perfect place for water sports

Boa Vista is a paradise for surfers from all over the world. Kite-surfing, Windsurfing, Snorkelling, diving, swimming, deep-sea fishing, are just some of the sports that are practiced every year by thousands of tourists and local citizens. Beginner classes are available at several professional schools and hotels. Some professional fishermen rent their own boats for trips on the high seas in search of abundant “memorable fishing”.

Every year Boavista is the protagonist of a marathon scenario. The most famous is the 150 km Ultramarathon, which runs from crystal clear beaches to the desert. On this website and in the Boavista Official application you can follow all information about schools, timetables, prices and regulations. The weather forecasts and webcam will give you an overview of the weather conditions. There is also detailed informations on transporting materials and personnel, and stores where you can buy sports equipment.

Boa Vista is one of the few existing paradises that still untouched and protected from invasive tourism. The services in the territory and its location make it unique for those looking for relaxation, as well as for those who want to be close to nature without great dangers. Sunbathing, relaxing, always eating in a different place, venturing out on walks that will remain in your memory, are activities for everyone, adults and children. The hotels’ equipped beaches are ready to welcome you and offer all kinds of comfort, as well as beach clubs on the coast and hotels in the city. Enjoy Cape Verdean cuisine in typical restaurants eating delicious dishes, if you miss home, order a pizza or something you are more used to. Excursions and outdoor activities will keep you closer to nature and, depending on the weather, will make you discover stunning views, wonderful animals and characteristic points of interest that will turn into beautiful memories. On the portal you will find everything you need to get excited!

A peaceful and harmless fauna

For those who love and know nature, know the various dangers that it presents in several countries. Although Cape Verde is an African country, it presents no dangers regarding to dangerous wildlife. The same goes for the island of Boavista, where there are no animals considered dangerous, such as snakes, crocodiles, scorpions or even lions and other wild cats. What we have here is an infinity of rare birds that attract observers from all over the world where many of them can be observed during excursions, including some species of eagles and hawks.

Depending on the period, the island of Boa Vista is one of the favorite destinations for migrating whales and for spawning turtles. The ocean has an explosion of colors among fish, dolphins, turtles and whales. And don’t worry about sharks: the abundance of fish in these waters keeps them away and there are no real dangers for swimmers and fishermen. Get to know on the site all the information you need to observe and fall in love with these animals. 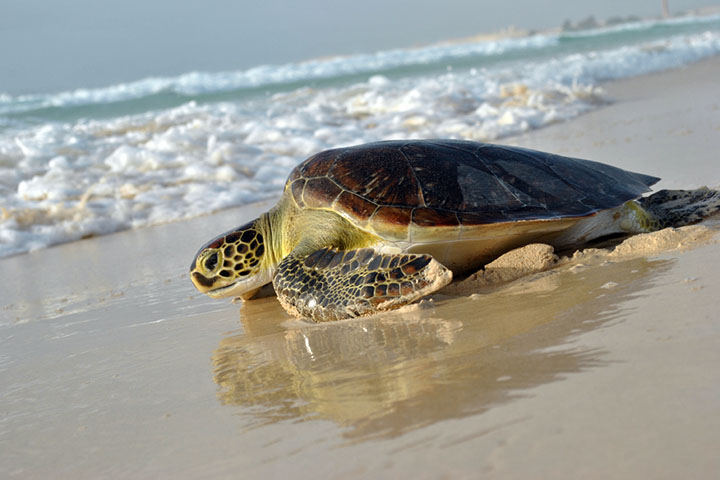 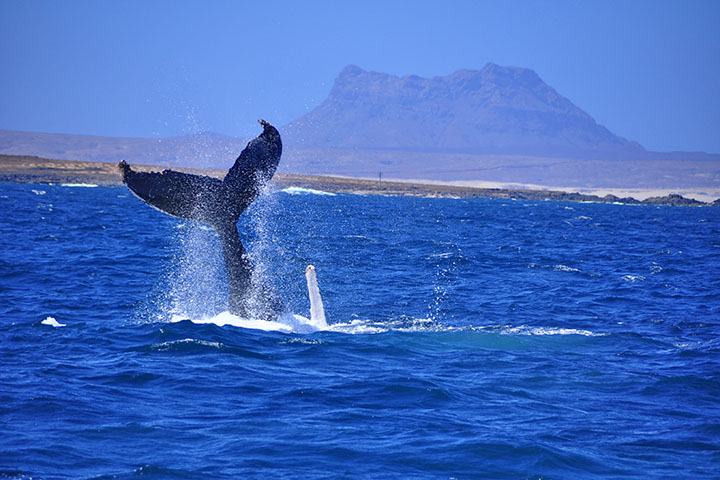 On the portal you can learn a lot about Cape Verdean culture. From the days of the slave routes until the declaration of independence, Cape Verde has had to develop, in its ten islands, different cultures, which today are rooted and mixed. Creole is the mother tongue originally from Portuguese, while this, is the official language. Among the local population, there are hundreds of people from the Senegalese and Guinean communities. About 90% of citizens are Catholics and there are churches and religious buildings across the island. The historical and geographical section is full of details, photos and documents. The local handicrafts are quite small, most of them are originally from the African coast, but the true Cape Verdean tradition resides in music. Many Cape Verdean artists, such as singers, writers and painters, are in international markets and periodically return to their homeland for exhibitions, shows or concerts. Check the island’s calendar to see if there are any special events during your vacation. Find it on the homepage of the website or in the official app for smartphones and tablets!

Boa Vista known as “the fantastic island” or the island of morna, is very peaceful and composed of zones, villages with the same vibe as an island of sea, sun and wind, its municipality is formed by: Sal Rei, Bofareira, Rabil , Estância De Baixo, the North area composed of three small villages together João Galego, Fundo das Figueiras, Cabeça dos Tarafes and Povoação Velha that the locals call “Stancha”.

Sal Rei is the only city on the island, composed of salt pans around it, which derives its name Sal Rei, formerly very important not only for raising cattle but collecting salt, as well as the island of Sal. beautiful and incredible beaches for walks and family baths like Estoril and Cabral beach.

In front of the Sal Rei bay you can see a small islet with a fort named “Duque de Bragança”, built by the Portuguese in colonial times to protect the bay from attacks by pirates. Most of the important structures on the island are centered in Sal Rei, on the whole a quiet village, most places can be reached on foot since the city is not very big.