Investing in Boavista as well as through Cape Verde is a choice that has rewarded numerous local and foreign entrepreneurs who are dedicated to economic, social and tourism development in the country. There are two main factors in determining the feasibility of an investment: safety and convenience. 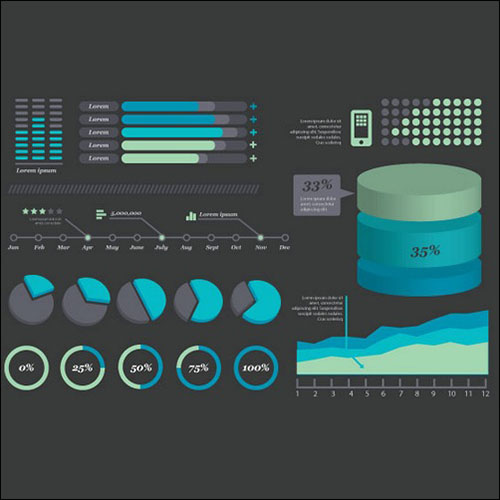 Analyze data and statistics on Boavista and Cape Verde

The real estate market and projects under construction in Boa Vista

The land, projects and plots available in Boavista

SAFETY:
– Political stability of the country, a parliamentary republic since 1975, has allowed Cape Verde to develop in an open market, in the absence of violent events or political forces. The government teams that have followed over the years are implementing a policy of strengthening basic services and opening up to external markets, legislating for economic exchange and growth at all levels.
– The Catholic religion, professed by 95% of the population, contributes not only to a mature and stable cultural footprint, based on family, gender equality and human rights, but also a social balance unleashed by religious or ethnic tension.
– Cape Verdean civil and criminal law is based on Roman law. This provides investors with legal regulation similar to European models.
– The European Union and the World Bank collaborate financially for the development of the archipelago, squeezing chords turned to maintain a transparent relationship in order to increase trade and investment opportunities while maintaining the stability conditions of the country.
– The country is connected daily with many countries in the world, especially with Europe. Entering and leaving the country is very simple, the tourist visa is obtained directly at the airport on arrival and apply for the residence visa does not involve problems. Flying between the islands is fast and safe.
– Gunning crimes and corruption are very limited.
– Boavista’s climate is favorable throughout the year, with mild temperatures and warm water. The absence of destructive meteorological phenomena such as hurricanes, earthquakes or floods further ensure the economic and social situation of the area. In addition, there are no endemic diseases, vaccines are not necessary and there are no dangerous or poisonous animals (snakes, insects or big cats).
– The sale of a property enjoys the same rights as a “full ownership”. The owner can discard it as he sees fit, rent it and resell it. The acts are signed by notaries and recorded in the land registry. In addition, in countries of Community law applies even more clearly enshrines the rights of European citizens, owner of a property in Cape Verde.

CONVENIENCE:
– Cape Verde is not part of the European Union and therefore has a sovereign currency, the Cape Verde Escudo (ECV), associated with the Euro, however, for a fixed fee. This ensures the country’s trade and destination for Europe.
– The cost of living is lower than in Europe. Investing in Cape Verde today means finding attractive and exclusive offers. The market is growing for 15 years and tourism contributes greatly to revaluation of real estate, commercial properties, commercial and industrial activities.
– The costs of buying and selling a property are very low (less than 7% in total) as well as maintenance costs. Purchase rates are still affordable and will increase from year to year.
– You can trust local banks for mortgages or carry your mortgage in Cape Verde. So how is it possible to transfer the pension here, with great tax reduction. Interest rates are lower than the European average.
– The cost of labor is very low, just like wages. Depending on the opportunity you are looking for, an employee can cost you approximately 10-15% more than his salary.

TOURIST POTENTIAL…:
– The general geographical characteristics of the island of Boa Vista highlight the possibility of bathing in almost all the beaches that surround it, especially on the west and southwest coast (except for Morro de Areia, which has a part of the rocky coast with a maritime zone with many waves). There is also the possibility of articulation and complementarity with the areas of environmental interest that occupy the front of the island, from the north coast to the southeast coast, thus giving the island a suitable tourism profile for families, with an important component of “environmental tourism and naturalist”.
– The environmental component which, according to the principle of active protection, must be associated with some accommodation capacity, assumes its attractiveness, in consideration of the growing interest in sustainability. In addition, the environmental component has a value-added role to enrich the experience offered by conventional seaside tourism.
– The potential tourist products of the island of Boa Vista are: sun and beach; ecotourism (observation of fauna, especially turtles and whales, ornithology, rural tourism); cultural tourism (archaeological, ethnic, folklore and built heritage); Sports tourism (water sports, adventure, diving, horse riding, sport fishing, golf).

INVESTMENT CODE:
– According to the new investment code, the investor is “any natural or legal person, regardless of nationality, who makes foreign investments in the national territory, duly authorized by the competent authority”.
– The same law defines foreign investment as “participation in all economic activities carried out with the external contribution susceptible to pecuniary valuations, that is, freely convertible currency and deposited in a financial institution legally established in the country, and in services imported without expense in foreign currency to the country, profits and dividends from foreign investments reinvested in the same or other economic activities which may consist of creating a new company, agencies or other form of foreign companies, increase capital participation, acquisition of assets, shares of existing businesses, additional loans and add or change members to the company. ”
– The foreign investment code guarantees security for investors and legal protection against any measures of requisition or nationalization, direct or indirect expropriation of private property, in all its legal and economic aspects, except for reasons of public interest and in accordance with the principle of non-discrimination and without prejudice to an immediate, complete and fair settlement, based on the actual and actual value of the investment, on the date of declaration of public utility;
– When all obligations are fulfilled, foreign investors have the right to convert into any other freely convertible currency and to transfer abroad the entire investment income, which has been duly registered with the Cape Verdean bank. These revenues include: net operating profits, including dividends and interest on shareholders’ equity; Fees and commissions for services related to investments; Income from the sale of shares; Partial or total sale of any part of the investment; Benefits related to amortization and interest on financial transactions that constitute foreign investments; Compensation for expropriation or losses.
– Investors also have the right to transfer the initial capital abroad, as well as the additional capital used to maintain or increase the investment, as well as the repayment of a loan, including interest, related to the investment. All foreign investments must be registered with the Bank of Cape Verde within 120 days of the date of the notification by the competent authority of the authorization to carry out the investment.
– Within the investment code, general or specific, dependent or automatic investment incentives may be granted for fixed or indefinite periods in the form of exemptions, deductions, reductions of tax bases and tax credits, accelerated depreciation and amortization of the tax credit for investments, in accordance with the provisions of the tax code.
– The Establishment Agreement is a special type of foreign investment stipulated, at the initiative of the Government, between the State and foreign investors, in order to exercise a certain economic activity of the country that, by its size or nature (social, technological implications ecological or other circumstances), is of exceptional interest in the national development strategy.

In conclusion, we can say that Cape Verde is a country to be taken seriously for any type of investment. Whether it’s a home, a hotel or an activity, the country offers all the solutions to focus on solid and lasting investments over time. In these years, there is a strong propensity to the real estate sector, but it is not to underestimate the beginning of an activity that, linked to the growth of the population and the very positive growth of the number of tourists, certainly can be a winning choice.

A few tips: Estimate an exploratory journey, be suspicious of easy or very tempting offers, ask lots of questions and, if possible, rely on investment agencies, avoid ending up in the hands of individuals who might use your inexperience to your advantage. The best investment is information.